Will Smith Banned For 10 Years From The Oscars 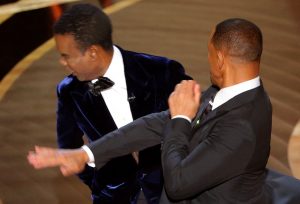 Will Smith Banned For 10 Years From The Oscars

What does this mean for criminal charges?

The State of California has a statute of limitations (SOL) which refers to the maximum period of time for a prosecutor to file criminal charges. If a prosecutor files charges after the limitations period expires, the charges typically get dropped. According to Penal Code 802, if a person commits an assault or battery, and the crime is charged as a misdemeanor, the statute of limitations is one year. Will Chris Rock change his mind about pressing charges? Will the Oscars encourage Chris Rock to press charges?

If you or a loved one is facing criminal charges in court, you need the criminal defense lawyers at ALL Trial Lawyers by your side. The attorneys at ALL Trial Lawyers are trial attorneys with years of experience. They know the law, and they’re not afraid to take your case to trial. In addition, they have a strong reputation among judges and prosecutors throughout Southern California, which has delivered tremendous victories for their clients. Our ultimate goal is to deliver the best results that can be achieved in your case— whether that be way of outright dismissal, a favorable plea bargain deal, or an acquittal of the charges at trial. With ALL Trial Lawyers by your side, you can rest assured that the criminal team will be giving you their all.