What Qualifies as Domestic Violence in California? Important Information You Should Know 2023 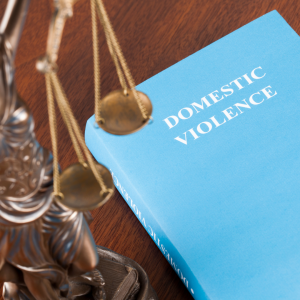 WHAT QUALIFIES AS DOMESTIC VIOLENCE IN CALIFORNIA?

Domestic violence occurs when a member of the victim’s household commits a violent act. In California, there are specific requirements for the relationship, including:

When there is a close link between the perpetrator and the victim, the phrase “domestic violence” is used.

Domestic abuse extends beyond physical assault. If they are unfamiliar with the various varieties, some people might not even be aware that they have been victims of domestic abuse.

What qualifies as Domestic Violence in California?

Penal Code Section 273.5 identifies domestic violence as the most frequent offense of domestic violence. Inflicting harm on a spouse, roommate, fellow parent, or someone the accused has dated is a crime.

The offensive is a wobbler. When the police detain someone for felony 273.5 behavior, the District Attorney can drop the prosecution to a misdemeanor if the injuries are not severe enough.

However, you do not need injuries to be accused of domestic violence in California. You can be charged with domestic battery under 243(e)(1) if you cause harmful or offensive contact, even if it does not result in an injury.

Domestic violence has real long-term consequences, including ruined relationships, children’s development might be hindered, and victims of domestic abuse may even face death or serious bodily damage.

Victims must seek assistance since domestic abuse can last for years or even decades. Domestic abuse or violence victims have a variety of ways to safeguard themselves from additional harm legally:

Obtaining a domestic violence restraining order, which can even require the abuser to leave your home, prevents them from coming near you (or your kid, if you are filing on their behalf) at work, school, or other public places.

You can still get a civil harassment restraining order, which offers many of the same protections, even if you don’t qualify for a domestic violence restraining order due to the essence of your connection with the abuser (i.e., they aren’t a current or former romantic partner, the parent of your child, or blood/marriage related).

Obtaining an elder or dependent adult abuse restraining order helps shield victims of abuse who are 65 or older from any existing and potential harm.

Punishments for Domestic Violence in California

If you are found guilty of domestic violence, you might get a minimum term of three years on probation and must complete a 52-week batterer’s program that meets once a week for at least two hours. Domestic abuse programs must be funded with a $400 payment under Penal Code section 1203.097. In addition, the convicted party may face several extra punishments depending on the offenses.

WHAT SHOULD I DO IF I HAVE DOMESTIC VIOLENCE CHARGES?

If you have been charged with a misdemeanor or felony domestic violence, you need the criminal defense lawyers at ALL Trial Lawyers by your side.

The attorneys at ALL Trial Lawyers are trial attorneys with years of experience. They know the law and are not afraid to take your case to trial.In addition, they have a strong reputation among judges and prosecutors throughout Southern California, which has delivered tremendous victories for their clients.

Our ultimate goal is to provide the best results that can be achieved in your case— whether by way of outright dismissal, a favorable plea bargain deal, or an acquittal of the charges at trial. With ALL Trial Lawyers by your side, you can rest assured that the criminal team will be giving you their all.

If you have been accused or charged of a crime, you must speak with an experienced criminal defense attorney who can help you navigate the legal system and protect your rights.