What is the Most Commonly Stolen Item at Disneyland?

What is the Most Commonly Stolen Item at Disneyland? 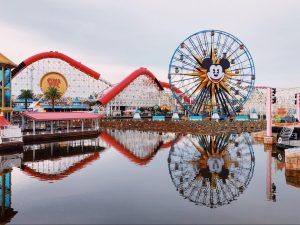 When Disneyland’s Snow White’s Scary Adventure opened up in Anaheim, California, the most prized possession became Snow White’s apple. According to reports, guests would try to steal the apple from Snow White’s hand to take it home as a souvenir. Park guests had become so successful at stealing the forbidden fruit that Cast Members had to pick a basket of apples nearby to replace the stolen goods several times a day! When Disney’s Imagineers reinvented the attraction into what is now Snow White’s Enchanted Wish, they also replaced the physical apple with a projection of the apple. However, the apples of the old attraction still pop up from time to time online for sale and are a scorching commodity for Disney Fanatics.

While stealing the apple from Snow White’s hands seems like harmless fun, in California, the Disney fanatics who stole the apple could be charged with the crime of Petty Theft (PC 484(a)). Petty Theft is a misdemeanor that can carry up to 6 months in County Jail. And those who buy the stolen apple could be facing even more significant criminal exposure with a charge of Receiving Stolen Property (PC 496). Receiving Stolen Property could be charged as a misdemeanor or felony, depending on the value of the magical apple, and has a maximum sentence of 3 years in county jail!

Do you think having a historic piece of Disney worth the trouble?

If you or a loved one is facing criminal charges in court, you need the criminal defense lawyers at ALL Trial Lawyers by your side. The attorneys at ALL Trial Lawyers are trial attorneys with years of experience. They know the law, and they’re not afraid to take your case to trial. In addition, they have a strong reputation among judges and prosecutors throughout Southern California, which has delivered tremendous victories for their clients. Our ultimate goal is to provide the best results that can be achieved in your case— whether that be way of outright dismissal, a favorable plea bargain deal, or an acquittal of the charges at trial. With ALL Trial Lawyers by your side, you can rest assured that the criminal team will be giving you their all.