What is Considered Child Endangerment in California? Important Information About PC 273a 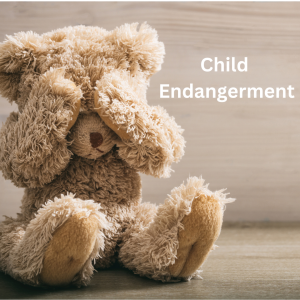 WHAT IS CONSIDERED CHILD ENDANGERMENT IN CALIFORNIA? PC 273a

Child endangerment charges have severe repercussions in California. Not only can a Juvenile Dependency case open up against you, but you could also be facing criminal charges.

There are restrictions on what parents can and cannot do regarding interactions with their children. Even though parents often have a lot of freedom in how they choose to care for their children, there are laws that focus on the child’s best interests.

In California, endangering children is seen as a domestic violence violation. Child endangerment violations are addressed under California Penal Code Section 273a.

Section 273a of the Penal Code defines child endangerment in California. PC 273a makes the following prohibited:

Is Child Endangerment a Misdemeanor or Felony?

In California, child endangerment is a “wobbler” offense, which means that it can be prosecuted as either a felony or a misdemeanor. The prosecutor will look at the severity of the incident when deciding how to charge the crime. Whether the crime is charged as a misdemeanor or felony, the charge should be taken seriously.

One of the most critical pieces of proof is the child’s physical state. Therefore, the government will usually bring in an expert who can explain how the injuries could have occurred based on their expertise and knowledge.

In addition, the government usually brings in an expert to prove to the judge or jury that the way the defendant claims the injured occurred is improbable.

Aside from apparent physical injuries brought on by the parent, the government will look to see if a child is gravely underweight or unwell and has not gotten medical attention. These factors will be considered evidence of neglect, which might amount to endangering the child.

Violations of PC 273a

PC 273a looks at the severity of the offense, the possibility that the child might suffer a significant physical injury, and a child’s death or the possibility of death when determining the appropriate sentence. A felony conviction can lead to up to 6 years in prison, losing parental rights, and substantial fines.

If nothing of the above-mentioned possibilities exists, the conduct would be considered a minor transgression or a misdemeanor crime in California. Penalties for misdemeanor child endangerment include the following:

Once the government gets involved, there is a risk that a juvenile dependency case will be opened and that Child Protective Services (CPS) may take your kids away.

Social workers will investigate to determine the following:

If the social worker finds evidence of child endangerment in violation of WIC 300, a juvenile dependency case will be opened, and your parental rights will be on the line.

WHAT SHOULD YOU IF YOU ARE DEALING WITH A CRIMINAL CASE, CPS CASE, OR JUVENILE DEPENDENCY CASE?

If you have been accused of child abuse or child neglect, it is crucial to get an attorney as soon as possible.

Don’t risk calling the wrong lawyer. If CPS is investigating you, you do not have to deal with them alone.

Dealing with a CPS case can be scary. You don’t have to face a CPS case alone.