What Happens if You Get a DUI in California? – Important Information You Need to Know 2022 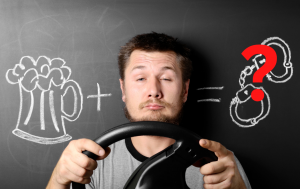 What Happens if You Get a DUI in California?

So you got a DUI in California…

If you are arrested for Driving Under the Influence (DUI) involving alcohol in California, you could face several consequences.

In this blog post, we will discuss the two sections of the law that deal with DUI convictions in California: section (a) and section (b).

We will also discuss the impact a DUI conviction can have on your driver’s license and the statutory fines you could face. Finally, we will discuss how a DUI conviction stays on your record for ten years.

In California, if you get a DUI, you will be charged with two misdemeanors or two felony criminal counts.

The statute governing DUI is divided into sections (a) and (b). This means that you are facing two separate criminal charges for one offense.

Section (a) states, “It is unlawful for a person who is under the influence of any alcoholic beverage to drive a vehicle.”

“A person is under the influence if, as a result of drinking or consuming an alcoholic beverage, his or her mental or physical abilities are so impaired that he or she is no longer able to drive a vehicle with the caution of a sober person, using ordinary care, under similar circumstances.”

Therefore, any amount of alcohol will suffice.

Section (a) of the DUI law in California requires that a person convicted of DUI must serve a mandatory minimum sentence of four days in jail.

However, if the person has been convicted of DUI before, the mandatory minimum sentence is increased to 10 days in jail. In addition, the court can order the person to pay a fine of up to $2,000.

The court may also order the person to attend DUI classes and install an ignition interlock device in their vehicle.

Section (b) states, “It is unlawful for a person who has 0.08 percent or more, by weight, of alcohol in his or her blood to drive a vehicle.”

The government will use a PAS test, a chemical breath test, and/or a blood test to prove the amount of alcohol in your system at the time of driving.

Section (b) of the DUI law in California requires that a person convicted of DUI must have their driver’s license suspended for six months.

The court may also order the person to attend DUI classes and install an ignition interlock device in their vehicle.

The impact of a DUI conviction on your driver’s license can be significant.

In addition, you may be required to install an ignition interlock device in your vehicle.

Once you get to your 4th DUI, your 4th DUI will be a felony, and you are looking at prison time and a felony conviction.

DUI conviction on your record

WHAT SHOULD I DO IF I DUI CRIMINAL CHARGE?

They know the law and are not afraid to take your case to trial.

If you have been accused or charged of a DUI in California, you must speak with an experienced criminal defense attorney who can help you navigate the legal system and protect your rights.