Six Month Reviews for When the Child is Residing Out of the Care of Both Parents (WIC 366.21(e)) 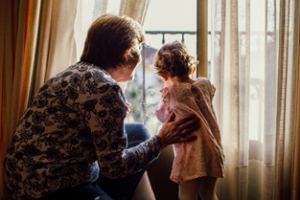 Six Month Reviews for When the Child is Residing Out of the Care of Both Parents (WIC 366.21(e))

At the Six-Month Review hearing, the child is to be returned home to the parent UNLESS the court finds by a preponderance (more likely than not) that return would still put the child at substantial risk of physical or emotional harm. If a parent fails to participate regularly and make substantive progress in their court-ordered services, the law presumes the child would still be a risk if sent home.

If the child is not returned, services will either 1) be continued to the Twelve-Month Review OR 2) the court will terminate services, and the matter will be set for a 366.26 hearing at which the court may terminate parental rights.

This review is a critical hearing for the child and siblings of the child under the age of when the petition was filed. If there is clear and convincing evidence that a parent has not shown substantial progress in addressing the issues that brought the child before the court by this date, the court CAN terminate reunification services. However, even if the court makes this finding, if there is a substantial probability of return within six months OR the court finds reasonable services have not been offered, the parent will get additional reunification services.

If the child and siblings are all over the age of three and the parent has maintained contact and visits, the parent will generally get more reunification time. However, the county or minor’s attorney can file a Request to Change Prior Court Order (JV-180) to end the services for the parents early due to lack of compliance.