Rape, Sexual Assault, and Sexual Battery in California: What You Need to Know About These Severe Crimes in 2022 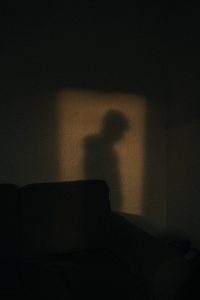 Rape, Sexual Assault, and Sexual Battery in California: What You Need to Know

Rape, sexual assault and sexual battery are all serious offenses in California. If you have been accused of any of these crimes, it is important to understand the laws that apply in your criminal case.

This blog post will provide an overview of California’s rape, sexual assault, and sexual battery laws. We will also discuss common defenses to these charges and what you can do if you have been accused of a sex crime.

Rape is defined under California law as “an act of sexual intercourse accomplished with a person, not the spouse of the perpetrator, under any of the following circumstances” (Penal Code 261 PC).

These circumstances include force, violence, duress, or fear of bodily injury. Each instance of rape is its own separate charge. If you are accused of rape, you could be facing a prison sentence of up to eight years.

What are the Different Types of Rape Crime?

In California, the crime of rape is broken down into several categories:

Forcible is the most serious type of rape crime. This crime is when the accused uses force or violence to commit rape. If you are convicted of forcible rape, you could be sentenced to up to eight years in prison.

Rape by Use of Drugs

under Penal Code § 261(a)(3), rape by use of drugs is defined as intercourse that occurs when a person cannot resist or consent because of any intoxicating or anesthetic substance.

Rape of an Unconscious Person

The name of this crime is misleading. According to Penal Code § 261(a)(4)(D) PC, a person can be asleep or physically unconscious, but they do not have to be.

They may be awake or conscious but unaware of the sexual nature of an act “due to the perpetrator’s fraudulent representation that the sexual penetration served a professional purpose when it served no purpose.”

For example, when a doctor says the act is being used for medical purposes, it turns out that the excuse was a lie.

Rape by Threat of Harm

According to  Penal Code § 261(a)(6) PC, rape by threat of harm is when someone threatens to kidnap, falsely imprison, injure, kill or hurt the victim or someone else they know in the immediate future.

Statutory rape is another type of rape crime. This is when the accused has sex with a person who is under 18 years old. According to Penal Code § 261.5(a), if you are less than three years older than a minor and have sexual intercourse with them, it is a misdemeanor.

If you are more than three years older than the minor and have sexual intercourse with them, it is either a felony or misdemeanor.

Forcible Penetration with a Foreign Object

According to Penal Code § 289, this crime occurs when someone is accused of putting something into the vagina or rectum of another person without their permission or consent.

There are three main elements: (1) penetration of the vagina or anus, however slight; (2) by using an unknown object (e.g., a finger, sex toy, or another object); (3) through the means of force. Violation of Penal Code § 289 is a felony punishable by three, six, or eight years in state prison and a fine of up to $10,000.

What is Sexual Assault?

Sexual assault is a broad term encompassing many types of unwanted sexual contact. California law defines sexual assault as “an unlawful sexual act committed against a person who is not the spouse of the perpetrator” (Penal Code 243.0 PC).

Sexual assault can be charged as a misdemeanor or a felony, depending on the circumstances of the case.

What is Sexual Battery?

Sexual battery is a specific type of sexual assault that involves touching another person’s intimate parts without their consent (Penal Code 243.0 PC).

Sexual battery can also be charged as a misdemeanor or a felony, depending on the circumstances of the case. In addition, if you are convicted of sexual battery, you could be required to register as a sex offender.

What Are Some Common Defenses to Rape, Sexual Assault, and Sexual Battery Charges?

Several defenses can be raised in rape, sexual assault, and sexual battery cases. Some of these defenses include:

– The victim consented to the sexual activity

– You did not use force or violence

– You reasonably believed that the victim consented to the sexual activity

– You are falsely accused

Every case is unique with its own set of facts, and an experienced lawyer will know what proper laws and defenses to use in your case.

What is a Sex Offender in California?

A sex offender is defined as a person who has been convicted of a sexual offense under California law.

What is Penal Code Section 290?

If you fail to register as a sex offender, you could be charged with another crime.

What Should I Do If I’m Accused of Rape, Sexual Assault or Sexual Battery?

If you have been accused or charged with rape, sexual assault, or sexual battery,  you must speak with an experienced criminal defense attorney who can help you navigate the legal system and protect your rights.