Accusations of child abuse or child neglect will always be an overwhelming and frightening experience for any parent. Our Dependency/CPS Lawyers Orange County has a reputation for being aggressive and fearless in the courtroom, which has allowed them to deliver extraordinary results to their clients. With over 150 dependency case under their belts throughout counties like Los Angeles and Orange County, you can be rest assured that our experienced team of Dependency/CPS defense lawyers will be giving you their all.

Our Dependency / CPS Defense Attorney team has one goal: to fight for you and your family, and to deliver to you best results possible.

Our goal with every case is the same: to fight for your and your family, and your right to retain / regain full legal custody of your child.  The strategies involved to reach that goal, however, vary depending on the severity of the allegations against the parents.  It is important that the dependency attorney on your side is not only well-versed in the law but also committed to you and your case.  Our Orange County dependency attorneys truly believe there is no dependency case that is too big or too small.

What is a “dependency” case?

In California, a dependency case is created once a parent or legal guardian of a child is accused by the government of child abuse or neglect.  These allegations typically arise after someone has witnessed what they believe was child abuse and/or neglect and report it to a government agency (i.e. 911, Social Services Agency, local police departments).  Once reported, Social Services Agency conducts their investigation, they will decide whether a child needs to be removed from the home, effectively making them a dependent of the court. 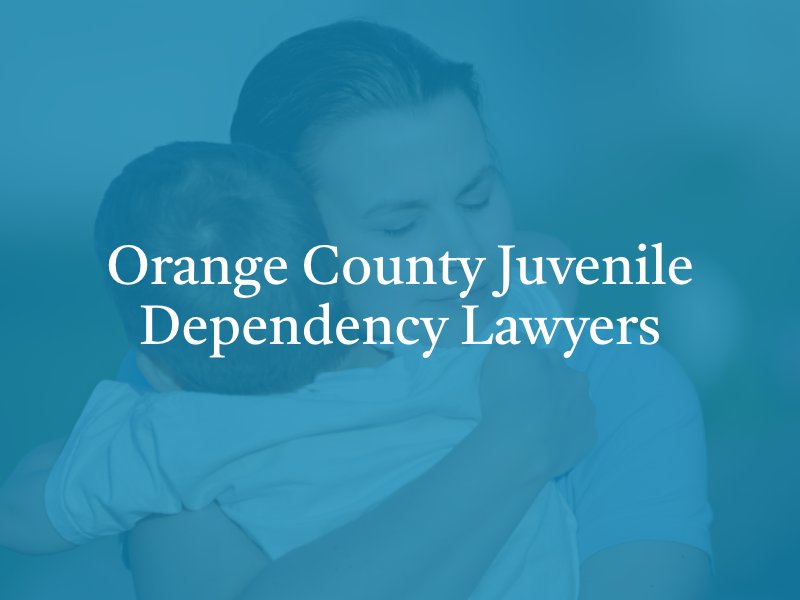 Once the government decides to file a dependency case, or a case under Welfare and Institutions Code 300, then a hearing called the Detention Hearing (or Initial Hearing) will be scheduled.  If your child is removed from the home, then the Detention Hearing must be heard within 48 hours from the date of removal – excluding non-court days.

Can a dependency case be filed against me?

Under Welfare and Institutions Code 300, a child can be made a dependent of the court under any of the following circumstances, including but not limited to:

What can happen to my child while dependency proceedings are going on?

While dependency proceedings are going on, where your child is temporarily placed depends what the court believes is the best situation for the child. In certain cases, depending on the severity of the allegations against the parent/guardian, this could mean your child would be placed in foster care while proceedings are ongoing.  SSA is also obligated to evaluate, and the court must consider, whether your child could be allowed to live with a close family member.  In these situations, we can help you navigate the reunification process to get your child returned to your care as quickly as possible.

In other cases, your child may be allowed to live in home with the parent and guardian— but with Social Services supervision.

At ALL Trial Lawyers, the goal of our Orange County dependency/SSA defense attorney team in every one of our dependency cases is to fight to make sure the family unit is intact as much as possible.