Murder Cases: What to Expect and What to Look for in a Criminal Defense Attorney – 2022 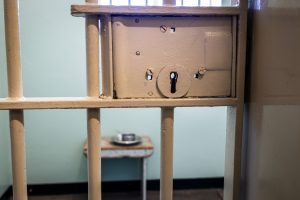 Murder Cases: What to Expect and What to Look for in a Criminal Defense Attorney

Murder cases are some of the most serious criminal charges a person can face. If you or someone you know is facing murder charges, it is essential to know what to expect and how to find the best criminal defense attorney possible.

This blog post will discuss the basics of murder cases in California and what you need to look for in a criminal defense attorney.

What is Murder in California?

There are three types of Murder charges a person can get in California:

Capital Murder is the most severe killing crime a person can be convicted of.

– Murder of a police officer or government official

– Murder done as part of a gang activity

First-degree murder is defined as murder that is premeditated, willful, and deliberate.

First-degree murder is when a person kills someone else with:

– Premeditation and deliberation, meaning that they thought about and planned the murder ahead of time; OR

– When someone kills someone while committing (or trying to commit) another serious crime, such as robbery, rape, or arson. This type of killing is known as the Felony Murder Rule.

First-degree murder is also a very serious charge and is punishable by 25 years to life in prison without the possibility of parole. In addition, the jury may choose to impose the death penalty in First-degree murder cases if certain aggravating factors are present.

Second-degree murder is defined as murder that is not premeditated but still intentional. In other words, an intentional act that wasn’t planned ahead of time. This crime is usually referred to as the heat of passion crime or the heat of the moment crime.

Examples can include killing a spouse when you walk in on them having an affair or recklessly shooting a gun into a crowded room in the heat of the moment.

Second-Degree Murder is punishable from 15 years in prison to life in prison. However, if you have previously served a sentence for a murder conviction, you face life in prison without the possibility of parole, depending on the act.

For example, if you killed your victim by shooting a firearm out of a vehicle with the intent of causing serious injury (such as in a “drive-by shooting”) or killed an officer, you could be sentenced to serve 20 years to life without the possibility of parole.

What Happens in a Murder Trial?

In the guilt phase, the jury must decide whether the District Attorney has proven beyond a reasonable doubt by the evidence presented whether or not the Defendant is guilty of murder.

What Should I Look for in a Criminal Defense Attorney for a Murder Case?

If you or a loved one is facing murder charges, it is critical that you find an experienced and knowledgeable criminal defense attorney who can protect your rights and give you the best chance at a favorable outcome.

When looking for a criminal defense attorney, you should consider the following:

– Do they have experience handling murder cases?

– Do they have trial experience?

– What is their success rate in murder cases?

– What do other attorneys say about them?

– Are they familiar with the prosecutor and judge handling your case?

– Do they have a good working relationship with the prosecutor and judge handling your case?

An experienced murder defense attorney will know how to investigate the facts of your case, build a strong defense, negotiate with the prosecutor, and, if necessary, take your case to trial.

Most murder cases tend to go to trial. Therefore, the attorney you retain for your case must have trial experience.

If you are facing murder charges, or if you think you may be charged with murder, contact an experienced criminal defense attorney today.

What Should I Do If I’m Accused of Murder?

If you have been accused or charged with murder,  you must speak with an experienced criminal defense attorney who can help you navigate the legal system and protect your rights.