What Role Does Everyone Have in Juvenile Dependency Court? The Essential Information You Must Know in 2022 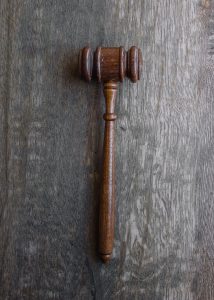 Role of the Social Worker

After the investigation, the social worker will recommend to the judge whether or not your child should be removed from your home.

The social worker will write a report containing allegations of abuse or neglect in violation of WIC 300 and present the findings to the judge.

Role of the Judge

The judge is the person who decides whether or not your child will be removed from your home. The judge will also determine what type of placement is best for your child.

If the judge decides that your child should be removed from your home, the judge will also decide when and how you can visit your child.

The judge will also hear the evidence and make determinations as to visitations and plans during the duration of the juvenile dependency case.

A CASA is a Court Appointed Special Advocate. A CASA is a volunteer whom the judge appoints to advocate for the child’s best interests in juvenile dependency court.

The CASA will get to know the child and the family and make recommendations to the judge about what is in the child’s best interests.

Therefore, children need to have a voice in juvenile dependency court. Children will be appointed their own lawyers. The child’s lawyer is different from the parent’s lawyers. In some cases, children may testify in court about their experiences.

What Should I Do If I Have an Open Juvenile Dependency Case?

You deserve to have a lawyer who will help you fight to get your grandchildren back. If you are dealing with a juvenile dependency case, DCFS case, or CPS case in Orange County you need the juvenile dependency attorneys at ALL Trial Lawyers by your side.