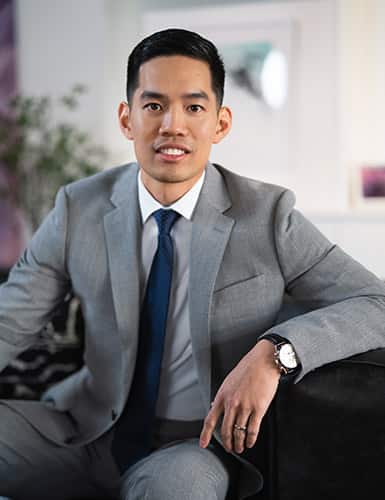 Over the course of his career, Attorney Harrison Le has counseled and represented thousands of clients throughout the State of California, handling cases of all severities in both the civil and criminal arena. He has worked at various law firms and agencies prior to joining A.L.L. Trial Lawyers, APC, including: Public Defender Offices in Orange County, Riverside, and San Diego, the Sacramento County District Attorney’s Office, and the U.S. Small Business Administration.

During his humble beginnings as a public defender and criminal defense attorney, Attorney Harrison Le fought for individuals accused (often times, unfairly) by the government of committing crimes. He learned very quickly that the playing-field in these cases somehow always tilted in favor of the resource-rich government, and against ordinary folks who, to no fault of their own, lacked the resources to formidably protect themselves against such accusations. For years, Harrison Le provided those individuals with a formidable voice, which in turn allowed him to deliver a great number of victories in the form of trial acquittals and case dismissals.

Attorney Harrison Le has since dedicated himself to the practice of personal injury and prides himself on fighting for injured individuals battling against insurance companies, corporations and other wrongdoers attempting to escape accountability. He has litigated 20+ trials (both jury and bench) and is always looking to grow this number. Along with his partners, the firm distinguishes themselves through an aggressive motions practice, exhaustive trial preparation and a relentless commitment to each case. Attorney Harrison Le obtained his Juris Doctorate from California Western School of Law with distinction and was awarded the Janeen Kemper Memorial Scholarship for his dedication to the practice of law. In his spare time, he volunteers for various community-based organizations throughout Orange County and San Diego.