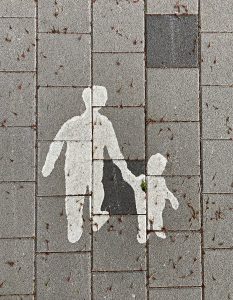 Juvenile dependency courts are designed to protect the best interests of the minors they serve. Therefore, dependency courts must ensure that the safety and well-being of the children under their jurisdiction are prioritized.

Placement of the child is the court’s top priority. The dependency court is concerned with children being placed in the care of adults who can provide and care for the children physically, mentally, and emotionally.

In situations where it is appropriate, dependency courts can facilitate the reunification of parents and children. However, other times, permanent separation is the safest and most beneficial option for a child.

Guardianship is an option used by dependency courts for the safe placement of a child. A guardian is someone other than the parent who is given legal and physical custody of the minor. This type of custody is established through a court order that gives the guardian the right to make decisions about the care of the child, including health care, education, and residence.

While it is technically an authorized permanent plan in California courts, there is some potential for impermanence in guardianship. This type of placement can be undone or reversed should one or both parents be deemed suitable to have their children returned to their custody.

Reunification is often the goal in many dependency cases, which is why social workers and probation officers provide services to the family. Guardians can also be replaced if the court receives a legitimate and viable request from the guardian themselves, another interested adult, or even the child in some circumstances.

While there are many similarities between adoption and guardianship, the key difference is the potential for reversal or replacement. Guardianship merely suspends a parent’s legal rights; adoption permanently ends them.

If the court decides not to return a child to the parents, adoption is always the preferred choice. Other significant differences between these two placements include visitation rights for the biological parents, court oversight, and inheritance considerations.

In situations where someone has been filling the role of a parent but is not the biological parent, guardian, or adoptive parent of the child, they may qualify for de facto parent status. An important consideration for whether someone may meet the requirements is the fulfillment of the child’s psychological and physical needs.

Anyone who attempts to be named a de facto parent must satisfy the burden of proof by showing the significant and positive role they’ve played in the child’s life. A judge may look at many factors like a personal statement, a list of important things done for the child, how well the person knows the child, and letters from people like teachers or therapists.

The impact that parenting has on children cannot be overstated. It is the most significant variable in childhood illnesses, truancy, unemployability, mental illness, and juvenile crime. However, parenting can be done successfully by biological parents, guardians, adoptive parents, or de facto parents.

What matters immeasurably is that children have a safe and stable home with someone who can support their healthy development.