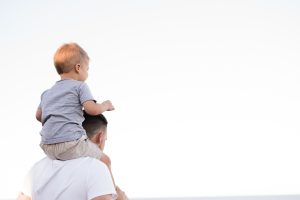 What are the different types of Fathers in Juvenile Dependency and CPS Cases in 2022?

Different types of fathers? It may sound strange and confusing, but if you are dealing with dependency court and cases involving Child Protective Services (CPS), you will soon learn that the court has multiple definitions of what it means to be a father.

In juvenile dependency court, there are six different types of fathers: Alleged fathers, Biological fathers, Adjudicated fathers, Presumed fathers, Kelsey S. fathers, and Equitable fathers. Which classification you fall into will determine the rights you have in your child’s dependency case.

In dependency court, many fathers begin the process as an alleged father. However, they may or may not be the natural or biological fathers of a child. If you attend the first hearing and present yourself as the parent, or if the mother of the child has informed social workers that you are the father, you have achieved alleged father status.

This category of parenthood does not qualify you for reunification services in dependency court. In fact, there are very few services and rights you will be given throughout this process as an alleged father.

You meet this criterion if you have a DNA test proving you to be the father or a family law court has provided you with a judgment of paternity. However, it is important to note that merely establishing biological paternity does not grant presumed father status.

An adjudicated father has been determined to be the father through paternity testing or court ruling. However, according to California case law, this is not sufficient to satisfy the requirements of presumed fatherhood.

What is presumed fatherhood, and why are there so many references to it when discussing other types of fathers?

Presumed fathers have access to reunification services, visitation, and custody, as well as priority consideration for their family members when determining the placement of their child.

There are multiple ways for you to qualify as a presumed father for the purposes of dependency or CPS cases. The main consideration is whether or not you have demonstrated a sincere commitment to fatherly responsibilities, stated to be emotional, financial, and otherwise. The focus is on the relationship between father and child, not necessarily on biological relations.

There is a statutory requirement for qualifying as a presumed father that includes taking a child into one’s home. Because the mother or a third party can prevent the satisfaction of this requirement, case law was necessary to establish further guidance.

The case in question involved an unwed father, and it was determined that being unable to take your child into your home should not prevent your designation as a presumed father if all other standards are met.

An equitable father is not a biological father but someone who meets all the standards for determination as a presumed father. In the absence of a biological father who is also petitioning for custody or reunification services, an equitable father should not be barred from consideration as a presumed father if he has satisfied the necessary requirements.

Again, the relationship with the child is prioritized over biology.

We have an office located near you and we’re ready to start working on your case.