The 4 Surprising Types of Fathers in California Juvenile Dependency Court 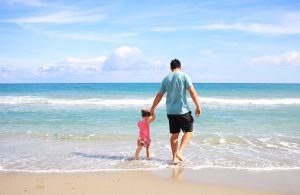 Father’s Day is a time to celebrate fatherhood, and the role fathers play in their children’s lives. However, not all fathers are treated equally under the law.

This blog post will discuss each type of father and explain how they are treated under California law.

If you have an open Juvenile Dependency case, don’t risk hiring the wrong lawyers.

A man is an alleged father if he appears at a dependency hearing and claims to be the child’s father or if the child’s mother names him as the father.

Different people who can be alleged fathers include:

What are the Rights of the Alleged Father?

An alleged father has no legal rights to the child and no financial obligation to support the child. However, an alleged father can request paternity testing to see if he is the child’s biological father.

This category includes fathers who have been determined to be fathers in prior family law or child support cases. Establishing that a man is the biological father can be done by looking at the results of blood tests. (In re E.O. (2010) 182 Cal.App.4th 722, 727–728 [paternity judgment establishes biological paternity only, not presumed father status].)

In addition, the court has the discretion to order blood tests if in the child’s best interest to do. Some instances where the court may order a blood test include:

1) To create a basis for placement by identifying paternal relatives; OR

However, remember that being a biological father is not necessary or even enough under the law to be a presumed father.

What are the Rights of the Biological Father?

A biological father has no legal rights to the child and no obligation to support the child financially unless he establishes himself as a presumed father.

A man can be a Kelsey S. father if he is the biological father and tries his best to take care of his children, but he has been unable to establish presumed father status through no fault of his own.

What exactly does “no fault of his own” mean?

Well, in the famous case Adoption of Kelsey S. (1992) 1 Cal.4th 816, the California court found that it was not the father’s fault that he could not establish presumed father status because the child’s mother would not let the father have contact with the child.

In another famous case, In re Andrew L. (2004) 122 Cal.App.4th 178, the Court found that it was not the father’s fault that he could not establish presumed father status because the county social worker purposely foiled the father’s repeated efforts to establish paternity (crazy, right? – but it happens).

What are the Rights of a Kelsey S. Father?

A Kelsey S. father has the right to request custody or visitation and can also oppose an adoption.

However, a Kelsey S. Father does not have the right to receive notice of proceedings or participate in proceedings unless he establishes paternity.

A man qualifies as a presumed father under any of the following circumstances:

Each of these presumptions can be rebutted in dependency court under certain circumstances. If it is possible the rebut the presumption, the mother’s legal team in the juvenile dependency case will fight hard to do so where presumed parents have many rights and stakes in a juvenile decency proceeding.

What Are the Rights of Presumed Fathers?

A presumed father has numerous rights in a juvenile dependency proceeding. For example, he has the right to notice of all proceedings, the right to be represented by counsel, the right to attend all hearings, and the right to present evidence. (Welf. & Inst. Code, §361.21(a)).

A presumed father also has the right to file a petition for custody or visitation and the right to request that the child be placed with him. (Welf. & Inst. Code, §361.21(h)).

You deserve to have a lawyer who will help you fight to get your child(ren) back. If you are dealing with a Juvenile Dependency case, DCFS case, or CPS case in Orange County you need the juvenile dependency attorneys at ALL Trial Lawyers by your side.