DUI Investigations: A Concise Overview of the Different Sobriety and Blood Alcohol Tests in 2022 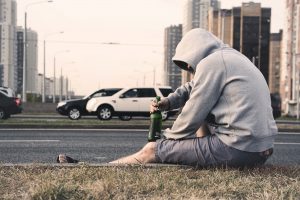 DUI investigations in California can be complex, and the different sobriety and blood alcohol tests that police administer can be confusing.

In this blog post, we will discuss the different types of sobriety and blood alcohol tests used during DUI investigations. We will also explain each test and how it is used to determine whether or not a driver is impaired.

If you have been arrested for DUI in California, it is important to understand these tests and what they mean for your case.

Quick Recap: What is a DUI?

If you are convicted of DUI, you could face jail time, fines, and the loss of your driver’s license. DUI charges can also have a lasting impact on your life, making it difficult to get a job or rent an apartment.

DUI investigations can be complex and confusing. If you have been arrested for DUI, it is crucial to understand the different types of sobriety and blood alcohol tests that may have been administered.

An experienced DUI attorney can explain what to expect during your DUI case.

What is a DUI Investigation?

DUI investigations in California are conducted by police officers who suspect that a driver may be impaired. The officer must have reasonable suspicion in order to conduct a DUI investigation.

During a DUI investigation, officers will typically administer a series of sobriety and/ or blood alcohol tests to the driver. These tests are designed to determine whether or not a driver is impaired.

If the officer has probable cause to believe that the driver is driving under the influence of alcohol, drugs, or a combination of both in violation of Vehicle Code 23152, they will make an arrest.

What are the Different Types of Sobriety Tests?

There are a number of different sobriety tests that officers can administer during a DUI Investigation.

The first type of sobriety test is the field sobriety test (FST). This test is usually administered at the scene of a DUI stop. The officer will ask the driver to perform a series of physical and mental tasks, such as walking in a straight line or counting backward.

The officer looks for signs of impairment, such as unsteadiness, inability to follow instructions, or poor task performance.

Unfortunately, the officers oftentimes never take notes and never record the FSTs on their department-issued body-worn cameras or dash cameras.

Field sobriety tests are not always accurate. Factors such as weather, lighting, and the surface on which the test is conducted can all affect a driver’s performance.

Other facts such as age, medical conditions, and language barriers could play a role in the results. Additionally, many people have difficulty performing these tasks even when they are not impaired.

The second type of sobriety test is the breathalyzer test. This test is usually administered at the police station after a DUI arrest.

The driver will blow into a machine that measures their blood alcohol content (BAC). In California, the legal limit is .08%. If a driver’s BAC is above this level, they will be charged with DUI.

Breathalyzer tests are not always accurate. This outcome is because several factors can affect the accuracy of the test.

These factors include the type of machine used, how well the machine is calibrated, how old the machine is, and whether or not the driver has any medical conditions that can affect their BAC.

The third type of sobriety test is the blood test. This test is usually administered at the police department or at a hospital after a DUI arrest.

A nurse will draw blood from the driver and send it to a lab for analysis. The lab will determine the driver’s BAC based on the amount of alcohol in their blood.

Blood tests are generally more accurate than breathalyzer tests, but there are still some factors that can affect the accuracy of the results.

These include how well the blood was drawn, how long it took for the blood to be analyzed, where the blood was stored, and whether or not the driver has any medical conditions that can affect their BAC.

They know the law and are not afraid to take your case to trial.

If you have been accused or charged with DUI,  you must speak with an experienced criminal defense attorney who can help you navigate the legal system and protect your rights.