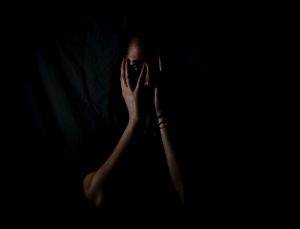 In addition, prosecutors pursue domestic violence offenders vigorously and inflict the strongest penalties allowed under the law, including significant fines, the loss of the ability to carry weapons, the loss of child custody rights, years of probation, and prison time.

It is critical that you understand the law and how it pertains to your case if you have been charged with domestic violence in California.

Domestic violence is a crime committed against someone you have a close relationship with. For example, battery and assault cases are elevated to “domestic violence” cases if the defendant and alleged victim have the following relationship:

(1) The incident occurred against the defendant’s spouse or former spouse.

(2) The incident occurred against the offender’s cohabitant or former cohabitant.

(3) The incident occurred against the defendant’s fiancé or fiancée, or someone with whom the offender has, or previously had, an engagement or dating relationship

(4) The incident occurred against the mother or father of the defendant’s child.

When the District Attorney accuses you of violating California Penal Code Section 273.5 of corporal injury to a spouse,  you can be charged with a felony or a misdemeanor, depending on the conduct. In domestic violence cases, injuries are a significant factor which is why it is essential to comprehend the difference.

The alleged victim in a PC 273.5 case will be injured somehow. The injuries will be visible, such as bite marks, scratches, and bruises. The injury may not be visible but may be documented, such as in a hospital or police report.

The greater the injury, the more likely your case will be a felony. If there is great bodily harm, such as broken bones or deep cuts, your case may be a felony with enhancements.

The cops will bring their cameras and photograph any injuries, which they will subsequently use to prosecute the person.

Under PC 243(e)(1), you can commit battery on your significant other with no apparent injuries for the police to photograph. To be charged with this crime, you merely have to cause harmful or offensive touching. So, if anybody shoves someone, smacks them in the face, or punches them in the face, and there is no visible injury when the cops arrive, that’s a  243(e)(1).

When there is no apparent injury, it is more complicated (but not impossible) for the prosecutor to win their case.

When it comes down to it, most of the time, in domestic violence situations, the alleged victims call the police because they’re annoyed with their significant others or want to punish them. They don’t know the severe cases and consequences that a domestic violence allegation can cause against the person they are accusing.

You cannot dissuade, guilt, or convince the witness not to testify at trial if you are a defendant. In doing so, you will open yourself up to more felony criminal charges

Allegations of child abuse, child endangerment, and child neglect may lead to your children being removed from your home and losing your parental rights.

In addition, they have a strong reputation among judges and prosecutors throughout Southern California, which has delivered tremendous victories for their clients. Our ultimate goal is to deliver the best results that can be achieved in your case— whether that be way of outright dismissal, a favorable plea bargain deal, or an acquittal of the charges at trial.