If you have lost somebody you love as a result of the careless or negligent actions of another individual or company in California, there are various types of civil lawsuits that can be filed to help survivors recover compensation. Here, we want to discuss the difference between a wrongful death lawsuit and a survival action in this state. Even though these two are often lumped together as the same types of claims, the reality is they are different in California. 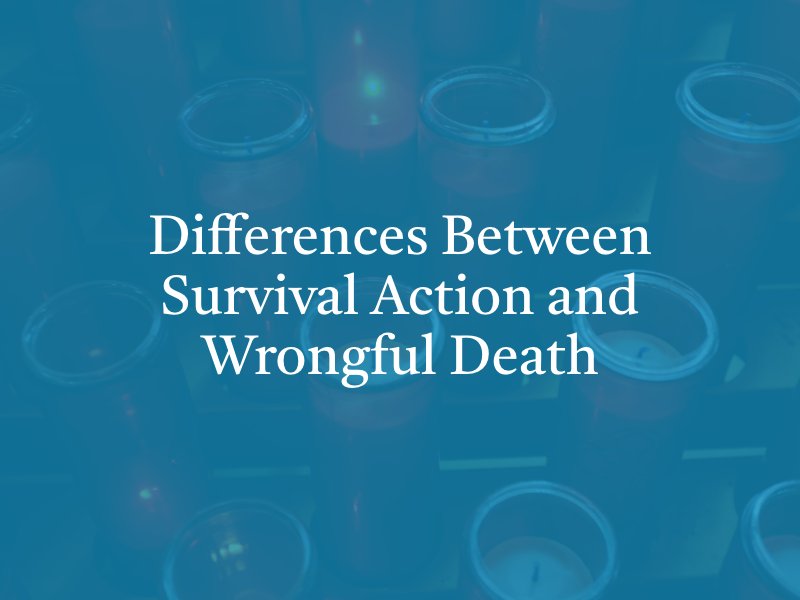 We can turn directly to the Code of Civil Procedure 377.60 to examine the law behind wrongful death civil lawsuits in California. We see that wrongful death claims allow family members or the estate of a person who lost their life to file a lawsuit if that person lost their life due to the wrongful actions of another individual, business, or entity.

One of the main differentiating factors between a wrongful death claim and a survival action is who is able to receive compensation as a result of a successful lawsuit. Wrongful death claims in California can only be filed by specific people, including the following:

Individuals have a two-year window with which to file a lawsuit against the alleged negligent party, or they will likely lose the ability to recover the compensation they are entitled to. This compensation can include:

Understanding a Survival Action in California

To simplify, these claims will provide compensation for the injuries the deceased sustained up until the time of their death, regardless of how short of a time frame there was between the injuries and them passing away. Some of the types of compensation that can be recovered through a survival action in California include:

Speak to an Attorney Immediately

If you have lost somebody that you love as a result of the actions of another individual or entity in California, you need to work with a skilled attorney who has experience handling both wrongful death claims and survival actions. An attorney will walk you through every aspect of these claims and make sure that you and the deceased’s estate secure any compensation available.