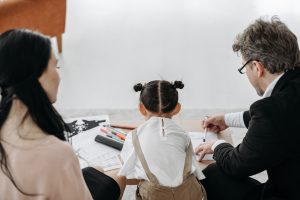 DCFS Investigations in Los Angeles: What You Need to Know

If you are a parent in Los Angeles, there is a good chance that you have heard of Child Protective Services (CPS). CPS is the government agency responsible for investigating reports of child abuse and neglect. If they decide to open an investigation, it can be a very frightening experience.

The Department of Children and Family Services (DCFS) is the government agency responsible for investigating reports of child abuse and neglect. DCFS will open an investigation if they receive a report that a child has been abused or neglected.

Do not speak to DCFS social workers without a lawyer. It is critical that you hire an experienced attorney who knows how to deal with DCFS. Even if you think you are helping your case, your words can and will be used against.

Child Protective Services (CPS) is the government agency responsible for investigating reports of child abuse and neglect. CPS will open an investigation if they receive a report that a child has been abused or neglected.

CPS and DCFS are similar agencies with similar roles. Whether you will have to work with DCFS or CPS depends on where your case is located. For example, in Los Angeles, the governing entity is DCFS.

How is a DCFS/CPS Case Opened?

A CPS/DCFS case is opened when someone makes a report to the agency that a child has been abused or neglected. Anyone can make the report, including a family member, friend, teacher, doctor, or neighbor. Once the DCFS/CPS report is made, DCFS will open an investigation.

What Happens During a DCFS/CPS Investigation?

During a DCFS/CPS investigation, a social worker will interview the child, the parents, and other adults who live in the home. The social worker will also speak to any witnesses who may have information about the alleged abuse or neglect.

This obligation means that if the social worker has a good faith belief that the child has been abused or neglected in violation of WIC 300, she must remove the child from the home, and a juvenile dependency case will be opened.

What is Juvenile Dependency?

Juvenile dependency is a legal term that refers to the court-supervised care of minors. In Los Angeles, the Juvenile Dependency Court has jurisdiction over all dependency matters.

During Juvenile Dependency proceedings, the court will determine whether the child’s best interests are and if the parents will be reunified with the parents. If reunification is not possible, the court will terminate parental rights.

Therefore, if CPS decides to open an investigation, the court will take jurisdiction over the child and decide whether or not to open a juvenile dependency case at the first court hearing.

What are the Consequences of Juvenile Dependency?

There are many consequences of juvenile dependency. Juvenile dependency can also result in the loss of parental rights. The most severe consequence is that the parent’s rights may be terminated, and the child will be permanently removed from the home and placed in foster care.

Juvenile Dependency cases may also take a long time to resolve. Depending on the evidence the social worker reports and how responsive parents are to their programs, cases can last from 6 months to 18 months. Parents may have limited visitation rights or supervised visits when they see their children during this time.

If DCFS or CPS is investigating you, it is essential to seek legal assistance immediately. The Juvenile Court process can be very complex, and you will need an experienced attorney to protect your rights.

Our firm has extensive experience handling DCFS / CPS investigations in Los Angeles and all over Southern California. We can help you navigate the Juvenile Dependency and Criminal Court systems.

What types of child abuse fall under WIC 300?

Section 300 of the Wellness and Institutions Code (WIC) lists the types of abuse and neglect that fall under CPS jurisdiction. These include:

What else can happen if DCFS finds that abuse or neglect occurred?

If DCFS finds that abuse or neglect occurred, not only will a dependency case be opened, but criminal charges may be filed as well.

The penalties for child abuse are very severe. Depending on the type of abuse, the parent may have to do jail time on the lesser end or be required to register as a sex offender on the more extreme end. They may also be sentenced to prison and face hefty court fines.

You deserve to have a lawyer who will help you fight to get your children back. If you are dealing with a Juvenile Dependency case, Criminal case, DCFS case or CPS case, you need the juvenile dependency attorneys  and criminal attorneys at ALL Trial Lawyers by your side.

We know how the juvenile court process in Los Angeles works. We have handled hundreds of juvenile dependency cases and we know how to handle your case. We care about the outcome of your case, and we will fight diligently for you and your children.