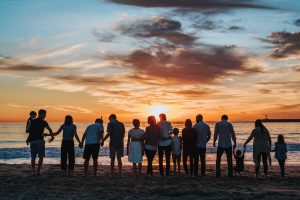 How Does the Juvenile Court Have Jurisdiction Over Your Juvenile Dependency / CPS Case?

The juvenile dependency court is in charge of protecting the health, safety, and well-being of children who have been abused or neglected or are in danger of becoming abused or neglected. The court’s role is to oversee that children and their families’ rights are safeguarded and exercised according to the law.

But what gives the court the power, or jurisdiction, over your case? First, the complaint filed against you will have allegations. These allegations will point to a subsection under WIC 300 that you violated.

If you violated a subsection under WIC 300, the juvenile dependency court would now have the power to hear your case. So what are these subsections? Keep reading to learn more.

THE DIFFERENT SUBSECTIONS UNDER  WIC 300

Under WIC 300(a), the court will examine whether the child has been physically harmed or is at risk of being physically harmed by their parent. In addition, the injury must have been intentional and not a result of an accident.

A past non-accidental injury caused by the parent or guardian, a history of recurrent physical damage inflicted on the child or the child’s siblings, and other behaviors that signal that the child is in danger are all factors considered to evaluate the risk of physical harm.

WIC 300(b) Neglect or Abandonment

This section is primarily concerned with whether or not the parent or guardian neglected to provide proper care and supervision.

The court will look at whether the child has suffered or is at substantial risk of suffering serious physical harm or illness as a result of the failure or inability of the child’s parent or guardian to supervise or protect the child adequately,

The child is experiencing or is on the verge of experiencing significant emotional damage. For example, the court will look for evidence of a child’s despair, withdrawal, extreme anxiety, and violent conduct exhibited by the child and whether these behaviors were caused by a guardian or parent’s action or lack thereof.

The court may assess these factors to determine the emotional damage caused to your child.

For section WIC 300 (e) to apply, the child must be under five years of age and has suffered severe physical abuse by a parent.

The abuse can also occur by a person known by the parent. The court will examine whether the parent knew or reasonably should have known that the person was physically abusing the child.

Severe physical abuse is defined as a single act of abuse that causes permanent disfigurement, permanent physical disability, or death if left untreated.

The child’s parent or guardian caused the death of another child through abuse or neglect. This statute focuses on the harm caused to other children.

The court looks to see whether the child was left without anyone to care for them. Many categories fall under this provision. These can include: