Severe Consequences of Getting a DUI in California 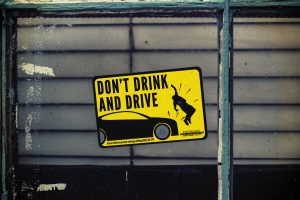 All drivers fear being stopped over by law enforcement. While even modest tickets can cause enormous problems, they may appear minor compared to the repercussions of a VC 23152 Driving While Under the Influence (DUI) charge.  These include offenses of driving under the influence of alcohol, drugs, or a combination of both.

This article only covers DUI charges without injury. Here is our guide on “What is a DUI?“.

Being accused of driving under the influence or driving while impaired is one of the most severe offenses a motorist may face, as it jeopardizes your driving license while also imposing hefty fines and legal fees. In addition, there are statutory requirements that must be imposed by law if a person is convicted of a DUI.

In addition, you may face jail or prison time, and it could influence your personal and professional life. Here’s everything you need to know about the first, second, and third DUI consequences you might face in California if you’re facing these charges.

Your driver’s license might be suspended for up to three years, and you could face fines ranging from $375 to $1,075. Keep in mind that the fines do not cover court charges and the price of taking a driver’s education course and getting your license reinstated.

When a person is convicted of 2nd DUI in California, the court usually imposes the following penalties:

1) Probation for three to five years;

2) A minimum of 96 hours in county jail to a maximum of one year;

3) Fines ranging from $390 to $1,000, with extra penalty assessments that can total thousands of dollars;

4) Completion of an 18-month or 30-month California DUI school authorized by the court;

5)An IID is installed; and

6) Your driver’s license may be suspended for two years.

It doesn’t matter how many times you’ve been charged for DUI; it’s still a violation of VC 23152(a) and (b). 3rd time DUI offenders will face both administrative and criminal consequences. Your driver’s license will be revoked for up to three years; however, you may be qualified for a restricted license after one year, which you can use in certain situations, such as commuting to work.

A third DUI offense carries serious criminal consequences. A defendant faces a least 120 days in prison and a maximum of one year in prison.
Minimum punishment of $390 will be imposed, with the possibility of a fine of up to $1000.

You will also spend a minimum of three years on probation, with a max of five years. You will also be required to take an 18-month DUI course by the judge. If you’ve been charged with your third DUI arrest in California, the severe administrative and criminal consequences that come with it make hiring the right DUI attorney critical.

If you or a loved one is facing driving under the influence of alcohol, drugs, or a combination of both charges, or other criminal charges in court, you need the criminal defense lawyers at ALL Trial Lawyers by your side. The attorneys at ALL Trial Lawyers are trial attorneys with years of experience. They know the law, and they’re not afraid to take your case to trial.

In addition, they have a strong reputation among judges and prosecutors throughout Southern California, which has delivered tremendous victories for their clients. Our ultimate goal is to deliver the best results that can be achieved in your case— whether that be by way of outright dismissal, a favorable plea bargain deal, or an acquittal of the charges at trial.

If you have been accused or charged with driving under the influence of alcohol, drugs, or a combination of both, it is important to speak with an experienced criminal defense attorney who can help you navigate the legal system and protect your rights.