Child Neglect in California – Important Information You Need to Know 2023 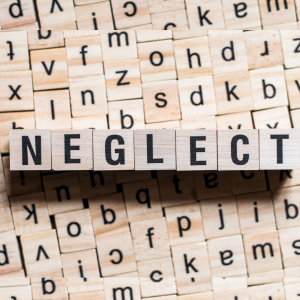 California has several laws designed to safeguard children’s well-being. These laws deal with the most frequent ways that children are at risk. In addition, California has strict penalties for violating its laws against child abuse, neglect, and endangerment.

If reported allegations of child abuse or neglect in California persist, the state will file a juvenile dependency petition with the court to initiate legal proceedings. For the removal of the child from home to occur, a hearing is done by the court first to assess if there is enough evidence presented. If found true, foster care placement follows as an appropriate measure for protection.

Child neglect in California is also a crime under Penal Code 270 as the willful and unlawful failure of a parent to give their child basics, including clothes, food, shelter, and medical care. Typically, this crime is filed as a misdemeanor, with a possible jail sentence of one year.

In California, a parent has great flexibility in choosing how to raise a child. However, under this rule, a parent may be charged with child neglect if they fail to provide a child with the most basic care needs.

A prosecutor must be able to show the following components to prove that a parent is criminally responsible for neglecting to provide for their child:

The California Child Abuse and Neglect Reporting Act (“CANRA”) (Penal Code 11164-11174.3) is a state law that outlines the responsibilities of “mandated reporters” and the processes to be followed to safeguard children from abuse and neglect.

If you are suspected of child neglect in California, what happens?

Child neglect allegations are taken seriously by the state of California. If authorities receive child abuse or neglect allegations, they will investigate the claims. They may petition the juvenile court if they find enough evidence to support the allegations.

This petition will request that the court place the child in protective custody. Sometimes, the child may be placed with a relative or foster care. In other cases, the child may remain in the home but be placed under the supervision of the county welfare department.

Allegations of child neglect can also lead to criminal charges. If the state of California believes that a child has been abused or neglected, they may file criminal charges against the alleged abuser.

You can also be charged with child neglect if your child has been around someone who has abused them and you did not protect your child. There are several types of criminal child abuse violations under the Penal Code, including:

Being charged with child neglect is a serious matter requiring skilled legal assistance. A conviction can affect many aspects of your life, including your ability to keep custody of your child and the possibility of losing your freedom.

WHAT SHOULD YOU IF YOU ARE DEALING WITH A CHILD NEGLECT JUVENILE DEPENDENCY CASE OR CRIMINAL CASE?

If you have been accused of abuse or neglect, it is crucial to get an attorney as soon as possible.

Don’t risk calling the wrong lawyer. If CPS is investigating you, you do not have to deal with them alone.

Dealing with a CPS case can be scary. You don’t have to face a CPS case alone.