Allegations of Child Abuse and Child Neglect Can Lead to a Juvenile Dependency Case in Orange County, California – 2022 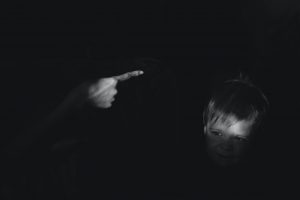 Allegations of Child Abuse and Child Neglect Can Lead to a Juvenile Dependency Case in Orange County, California

Welfare and Institutions Code 300, also known as WIC 300, lays out the specific acts or omissions that can lead to a child being taken into protective custody.

In this blog post, we will discuss what child abuse and child neglect are and how allegations of these offenses can result in a juvenile dependency case.

What is Physical Child Abuse?

Child abuse is defined under California law as any physical injury a child suffers at the hands of a caretaker. Injuries can include bruises, burns, broken bones, or any other type of harm.

It is important to note that physical abuse does not have to be intentional; even if a caretaker accidentally hurts a child, they can still be charged with child abuse.

What is Mental Child Abuse?

Mental child abuse can also involve neglect, such as when a caretaker fails to provide adequate emotional support or meet a child’s basic needs.

What is Sexual Child Abuse?

Sexual abuse can include anything from fondling to rape.

It is important to note that a child can be sexually abused even if there is no physical contact between the abuser and the child. For example, if an adult shows a child pornographic material, this would be considered sexual abuse.

What is Child Neglect?

Child neglect occurs when a caretaker fails to provide the basic necessities of life for a child. Child neglect is defined as the failure to provide a child with basic needs like food, shelter, or medical care.

Child neglect can also mean failing to protect a child from physical or emotional harm by another.

What is a Juvenile Dependency / CPS Case?

A juvenile dependency case, also known as a child protective services (CPS) case, is a legal proceeding in which the state of California removes a child from their home due to allegations of abuse or neglect.

In order to initiate a juvenile dependency case, the State must file a petition with the court. Once the petition has been filed, the court will hold a hearing to determine whether or not the child should be removed from their home.

If the court finds that there is sufficient evidence of abuse or neglect, the child will be placed in foster care.

How Does WIC 300 California Law Relate to Dependency Court?

WIC 300 California law states that a child can be taken into protective custody if there is a substantial risk of physical harm, mental harm, neglect, or sexual abuse.

Additionally, a court can take a child into protective custody if they are being neglected or their basic needs are not being met.

If the state of California believes that a child is at risk of being harmed, they can file a petition with the juvenile dependency court.

How Can Allegations Lead to a Juvenile Dependency / CPS Case?

If authorities receive allegations of child abuse or neglect, they will investigate the claims. If they find enough evidence to support the allegations, they may file a petition with the juvenile court.

This petition will request that the court place the child in protective custody. In some cases, the child may be placed with a relative or foster care.

In other cases, the child may remain in the home but be placed under the supervision of the county welfare department and social services.

Can Allegations of Child Abuse or Child Neglect Lead to Criminal Charges?

Yes, allegations of child abuse or child neglect can lead to criminal charges. If the state of California believes that a child has been abused or neglected, they may file criminal charges against the alleged abuser.

Child abuse can be a Felony or Misdemeanor charge, depending on the allegations. A conviction can lead to prison time, hefty fines and classes.

There are several types of criminal child abuse violations under the Penal Code, including:

Some convictions also require Sexual Offender Registration. Additionally, if the abuser is a caretaker, they may lose their right to care for children in the future.

If the State of California decides to proceed with prosecution, you would have to fight both your criminal case and your juvenile dependency case.

What Should I Do if I am Facing Allegations of Abuse or Neglect or an Open Juvenile Dependency Case?

If you are are facing allegations of abuse or neglect, or have an open dependency case, it is crucial to understand your rights in juvenile dependency cases.