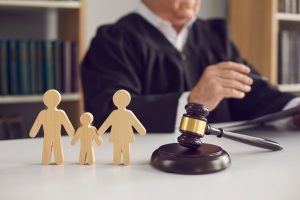 So we sat down and spoke to the founding partner of ALL Trial Lawyers, Attorney Mohammad Abuershaid, also known as Attorney Mo, to discuss the basics of juvenile dependency cases.

What is a Juvenile Dependency / CPS Case?

“A juvenile dependency case, also known as a child protective services (CPS) case, is a legal proceeding in which social workers and county counsel (on behalf of the County) file a petition with the court to remove a child from their home due to allegations of abuse or neglect.

The child may be placed in foster care if the court finds sufficient evidence of abuse or neglect.”

What Authority Do Social Workers Have to Remove Children From the Home?

“California Welfare and Institutions Code §300 allows social workers and the County to take a child into protective custody if there is a substantial risk of physical harm, mental harm, neglect, or sexual abuse.

Additionally, a court can take a child into protective custody if their basic needs are not being met. If the County believes that a child is at risk of being harmed, they can file a petition with the juvenile dependency court.”

How Can Child Abuse or Neglect Allegations Lead to a Juvenile Dependency / CPS Case?

“If authorities such as police officers or social workers receive information about child abuse or neglect allegations, they will investigate the claims. If they find enough evidence to support the allegations, they may file a petition with the juvenile court.

This petition will request that the court place the child in protective custody. The judge will make the determinations based on the evidence and on what is in the child’s best interests.

“Juvenile Dependency cases can typically last anywhere between 6 months – 18 months. The facts of the case and how cooperative the parents are will be huge factors.”

Can Allegations of Child Abuse or Child Neglect Lead to Criminal Charges?

“Yes. Allegations of child abuse or neglect can lead to criminal charges. If the state of California believes that a child has been abused or neglected, they may file criminal charges against the alleged abuser.

Child abuse can be a Felony or Misdemeanor charge, depending on the severity of the allegations. A conviction can lead to prison time, hefty fines, and required classes.”

Attorney Mo Abuershaid is the founding partner of ALL Trial Lawyers. He is the lead attorney handling the firm’s juvenile dependency practice (CPS defense).

He has counseled and represented hundreds of parents against Child Protective Services (CPS), Department of Children and Family Services (DCFS), and other social service agency investigations.

Attorney Abuershaid has fought for and protected parents in juvenile dependency cases in numerous counties in Southern California, including but not limited to, Orange County, San Bernardino, Los Angeles, and Riverside.

Attorney Mo Abuershaid and his team are committed to justice.