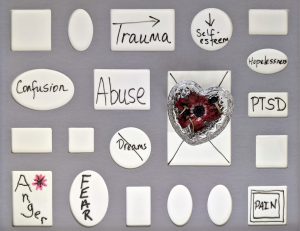 In California, there is a growing awareness of the impact of Adverse Childhood Experiences (ACEs) on child welfare.

Children with more ACEs are more likely to be placed in out-of-home care than children with fewer ACEs.

This article will provide an overview of ACEs and discuss how they impact juvenile dependency cases in California.

ACEs stands for Adverse Childhood Experiences. They are experiences that children go through that can negatively impact their physical, emotional, and social development. ACEs can include things like abuse, neglect, and exposure to violence.

ACEs can also include witnessing parental substance abuse or mental illness or growing up in a household with domestic violence.

ACEs are often interrelated and can have a cumulative effect on children. Therefore, the more ACEs a child has, the more significant the impact on their health and well-being.

In California, ACEs are one of the factors that judges consider when making child welfare decisions.

Why Does ACEs Matter?

The early history of trauma, abuse, and neglect is long and complex. ACEs are not new, but our understanding of them is evolving.

ACEs were first identified in the 1990s by Dr. Vincent Felitti and Dr. Robert Anda of the Centers for Disease Control and Prevention (CDC).

ACEs have been studied extensively since then, and we now know that they are a risk factor for a wide range of health problems, including heart disease, cancer, stroke, and diabetes.

In addition, ACEs are also a risk factor for mental health problems, such as anxiety, depression, and substance abuse.

How do ACEs Impact Child Placement in Juvenile Dependency Cases?

In California, ACEs are one of the factors that judges consider when making child welfare decisions. This is because ACEs can have a profound impact on children’s development and their future health and well-being.

ACEs are a risk factor for juvenile dependency because they can lead to problems such as abuse, neglect, and delinquency. ACEs can also make it difficult for children to form attachments and bond with their caregivers.

The number of ACEs a child has is one of the factors that determine their placement in juvenile dependency cases. Children with more ACEs are more likely to be placed in out-of-home care than children with fewer ACEs.

WHAT SHOULD I DO IF I HAVE AN OPEN JUVENILE DEPENDENCY CASE?

If you have been accused of abuse or neglect, it is crucial to get an attorney as soon as possible.

If you are are facing allegations of abuse or neglect, or have an open dependency case, it is crucial to understand your rights in juvenile dependency cases.